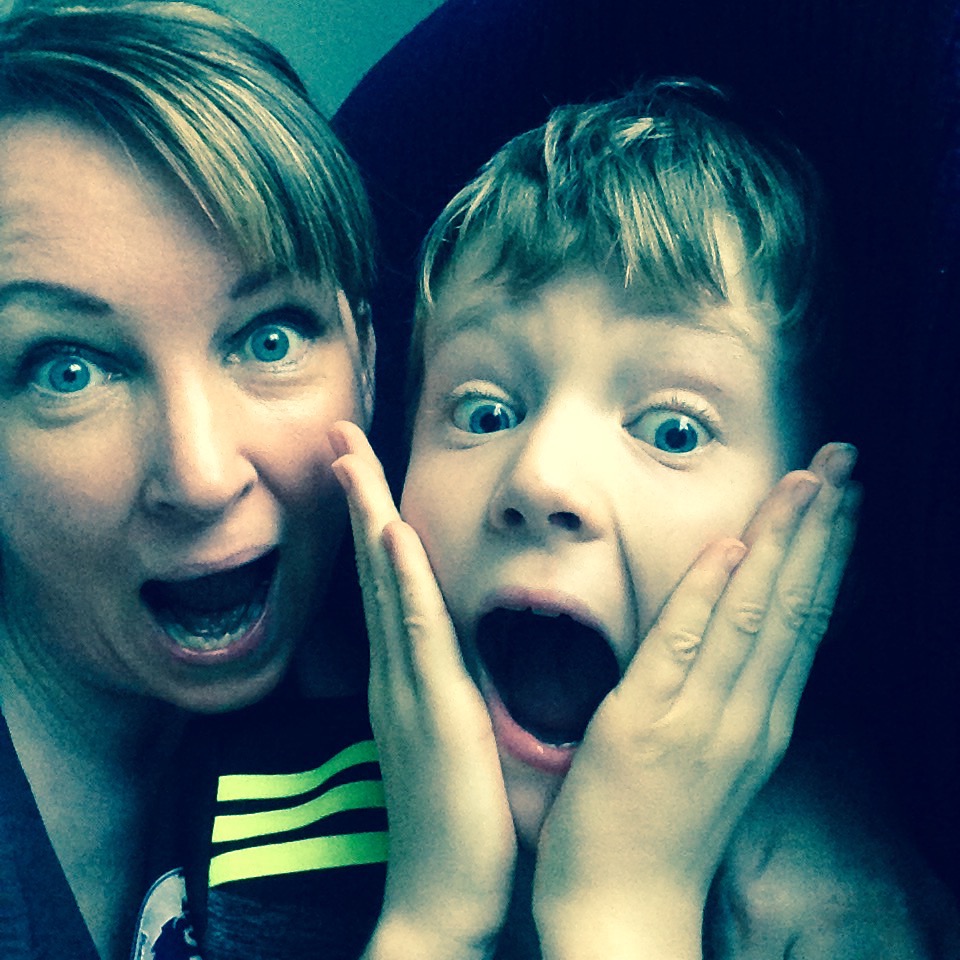 As a newbie blogger on the block, I thought it might be a tiny bit interesting , if not useful(ish) to give an insight to who I am, or so I thought, through the eyes of my 4 kids.

I decided to re-hash it slightly, and give my kids,  this one off chance to answer, truthfully,  a set of questions, set by myself.   In turn giving my thousands of readers (I have a big family!) a chance to discover a bit about moi!

With my kids usually ‘abandoning ship’ at the mere mention of my blog,  with hollers of “that photo better not appear on any social media” and “I hope you aren’t writing about me” , I usually pull this card out of the bag when I need some time to sit and plan my next post within the Buck Stops Here House in peace.

With too many questions to text, I decided to take the unusual step of talking to them, at length.  This unwelcomed approach was met with a lot of ‘what’s,’ ‘why are you in my room”, ‘tuts’ and “not this blog stuff again”.

Not one to give up and annoyingly for my kids, I persevered and put a positive spin on it.  With a large gulp I said “think of it as a chance to answer some questions about me with real honesty and no comeback!

“What nothing at all”? asked Ciara (my eldest) “and you won’t get annoyed” “nope, not at all, say what you like I won’t mind” you can trust me, I’m your mother!

What could go wrong, after all I’ve spent the last 16 years reinforcing how much I detest lies.

With the kids newfound eagerness to particpate, I started feeling slightly less confident.

I began to realise that this might be a sort of payback for some wrong I may have done them back in 2008, or even earlier, who knows.

Please note that none of my kids were hurt whilst answering this questionnaire, I believe them to all be OK, I think, although I’m not quite sure as I’m currently not speaking to any of them.

I fired off the first question…

What’s mum’s favourite thing to do:

How do I make you laugh?

CJ – By pretending you are intelligent      (that’s no pretence!)

Lena – You don’t make me laugh

If I became famous what would it be for?

Lena – blogging  (love her faith in me!)

Keelan – erm inventing something by accident

Niall – getting up early

What am I NOT very good at?

CJ – Turning up on time & not being able to be quiet

Keelan – being cool   (already am cool)

Niall – my homework  (secondary school is hard, oh wait his is primary!)

Niall – when I don’t do my homework  (every week then!)

(there seems to be a theme with school and my boys!

Niall – really naughty   (clearly been speaking to his grandparents)

What does mum do when you are not here?

Niall – normal jobs like cleaning up and probably smooching with Dad!   (at least he didnt say sitting down again!)

Lena –sits on the laptop doing her blog, Facebook and drinking coffee

Describe me in 3 words

Niall –  angry, bad driver    (been listening to his father too much!)

Niall – front room on the sofa

Niall – you like it because dad can cook and you don’t have to do anything.  Don’t think dad likes anything about you!

Lena – I don’t know,  it could be anything

CJ – you like it because dad does what he’s told

Kb – you like dad’s passion for his work, really hard to think what Dad likes about you though!

What am I really good at?

Lena – blogging  (so love this girl)

Niall – cleaning up  (not sure when I moved of the sofa to carry this out!)

What’s the best quality your mum has?

Lena – Bossing people about and forcing people to do things….this was interrupted by Ciara to say its blackmail (I call it delegation)

Niall – Washing up (Ciara shakes head in disbelief to this answer saying she never washes up) I question how she knows this , as when home she rarely lifts her head up from the screen of her phone!

CJ – Ability to switch off from us   (A fine quality that I have I might add!)

What does Mum always say to you?

Niall – Ask dad to make me a coffee

CJ – Stop thinking we single you out

Kb – have you done your homework?  (everyday at least 100 times)

And so we have it, all done.  The kids, especially Ciara said they really enjoyed answering these questions (can’t think why) and could she write out a few questions on my behalf…..! needless to say this will be the only questionnaire posted on my blog.