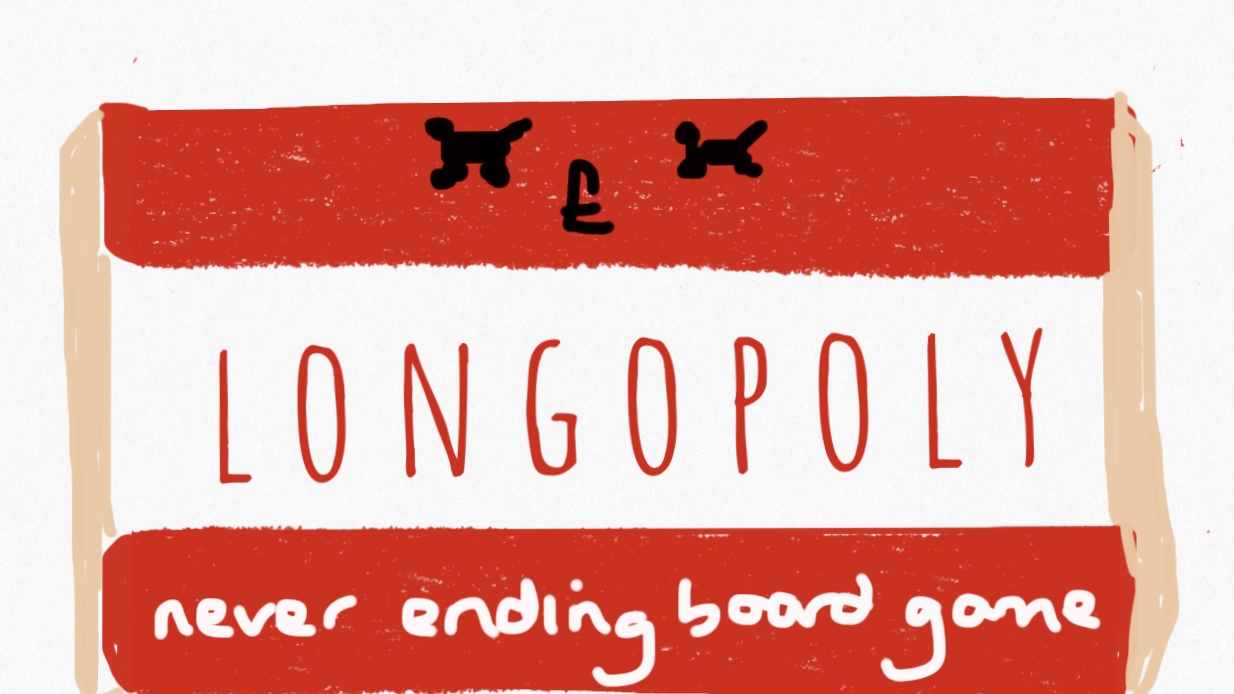 Local Mum and former 80s chick has told of her horror after kids unearth Monopoly whilst in quarantine.

“I can’t believe it,” she said.  “Of all the games in the cupboard, they pull out Monopoly!  I’m left facing every weekend until the end of lockdown faced with this pain.

Worse still, the kids have only gone and unearthed the other 8 variations of Monopoly she said.

Unfamiliar with Monopoly the kids couldn’t wait to play.  Sadly, the former 80s chick Mummy Buck all too aware of the pain it causes, was unable to use her tried and tested ‘get out of playing’ card owing to the current circumstances.

Chuffed as monkies at the sight of his favourite board game, Chelsea FC’s No. 1 fan, Daddy Buck a way too enthusiastic Monopoly player and 2004, 2005 and 2006 home champion, was ready to dust down his top hat and roll the dice.

As soon as everyone was assembled, it was a quick pre-match talk headed by Daddy Buck and a chance for Mummy Buck to excuse herself to the bathroom where she could pray to God the game would be over quick.

He made the rules clear.  Focusing on the need for them all to be singing from the same hymn sheet when it came to landing on properties, even the ‘less desirable’ ones.  He made it clear of the need to ask themselves if they don’t buy it will Mummy Buck?  Leaving them at risk.

It was clear, his pain was still raw from losing the previous night to Mummy Buck with a sports question during a game of Bezzerwizzer. He was still questioning how she knew Teddy Sheringham had been the oldest player in the 2002 World Cup Final to win the game!

A few hours in and the game was in full swing.  It was proving lengthy as no one was in possession of a set of properties.  The suggestion that maybe someone read the ‘official rules’ was quickly squashed.  There was seemingly no point according to Daddy Buck.

With the only available street being the brown set or the set more commonly known as the ‘shit set’.  Mummy Buck, remained steadfast that she wanted to buy.  She admitted it was a risk but faced with laughter and mocking she still parted with the cash.  She bought the shit street.

However, it wasn’t long before the tables turned and players began landing on her shit street.  The smiles fading as she placed a shiny red hotel on each.  Guess who was laughing now!

A few more hours in they put their differences aside to all take a break to gather at the front door to clap for the NHS working hard to flatten the curve in this difficult time.

It was also a chance for Mummy Buck to scan the properties in her own street to see who, in spite of windows sporting rainbows, weren’t out clapping.   Sadly, there were quite a few.

Sometime later, with numb arses and dead legs along with constant complaining about back pain (mostly from Daddy Buck) but equally painful for everyone else listening.  It was decided the player with the most cash would be hailed the winner.

Delighted with her win.  Mummy Buck set off to finally watch MasterChef only to discover it was actually the early hours of the morning.  Worse still some idiot, who shall remain nameless had forgotten to record it!  Although he swears he did.

It was in that moment, she remembered how her favourite episode from Game of Thrones made it into the Guinness World Records owing to it being the most in-demand episode……….ever.

After a frantic search for her laptop, she found it in eldest daughters bedroom.  She applied online submitting the official game time to Guinness.

On Friday, she learned they now hold the Guinness World Record for enduring the “longest-running game of Monopoly with the most demanding players in a single night.”

“I’m pretty chuffed” she said. “I didn’t expect anything good to come from the game.  Yet the joy I feel after taking the crown from him is priceless.  She told reporters how she had waited years for this.

“I can’t see my run of bad luck lasting for long,” said a defeated but optimistic Daddy Buck.

Admitting, he’s no property expert or even much of a banker Mummy Buck interrupted correcting his mistake by telling reporters he was very much a banker having successfully proved that since they had all been quarantined together.

With every edition since played, they have agreed to stick with the original version.  It was challenging and time consuming playing other editions.  Their local town edition just led to mostly blank stares clueless as to where anything was on the board.   No one could get past the Purple Street not being Park Lane & Mayfair.  It proved way too taxing.

As for Mummy Buck, she remains hopeful the fad will be over in a couple of weeks!